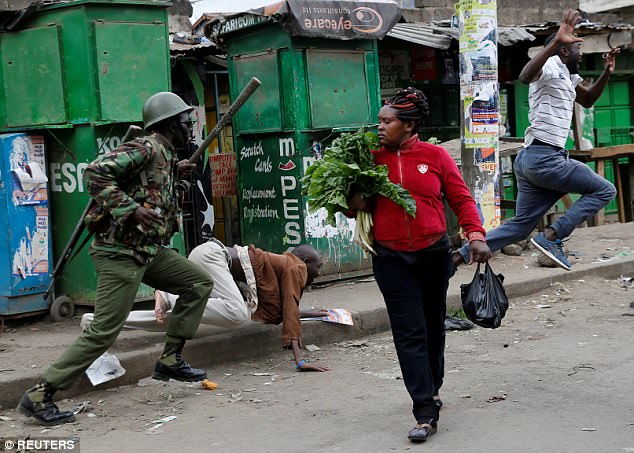 Once upon a time in some village, in Eastern Kenya, there lived a little boy with a bad temper. He did not know how to hold his temper and instead would dash to anyone who crossed his path. It was so bad that he one day asked for help from his father on how he could deal with his temper.

Never Let your mouth overtake your brain. You may later be forced to swallow the bitter words that you utter.

Finally the day came when the boy didn’t lose his temper at all. He told his father about it and the father suggested that the boy now pull out one nail for each day that he was able to hold his temper.

The days passed and the young boy was finally able to tell his father that all the nails were gone. The father took his son by the hand and led him to the fence. He said, “You have done well, my son, but look at the holes in the fence. The fence will never be the same. When you say things in anger, they leave a scar just like this one. You can put a knife in a man and draw it out. It won’t matter how many times you say ‘I’m sorry’, the wound is still there.”

Who does anger hurt more?

A lesson from Budha:

One day, the Buddha and a large following of monks and nuns were passing through a village. The Buddha chose a large shade tree to sit beneath so the group could rest awhile out of the heat. He often chose times like these to teach, and so he began to speak. Soon, villagers heard about the visiting teacher and many gathered around to hear him.

One surly young man stood to the side, watching, as the crowd grew larger and larger. To him, it seemed that there were too many people traveling from the city to his village, and each had something to sell or teach. Impatient with the bulging crowd of monks and villagers, he shouted at the Buddha, “Go away! You just want to take advantage of us! You teachers come here to say a few pretty words and then ask for food and money!”

But the Buddha was unruffled by these insults. He remained calm, exuding a feeling of loving-kindness. He politely requested that the man come forward. Then he asked, “Young sir, if you purchased a lovely gift for someone, but that person did not accept the gift, to whom does the gift then belong?”

The odd question took the young man by surprise. “I guess the gift would still be mine because I was the one who bought it.”

“Exactly so,” replied the Buddha. “Now, you have just cursed me and been angry with me. But if I do not accept your curses, if I do not get insulted and angry in return, these curses will fall back upon you—the same as the gift returning to its owner.”

The young man clasped his hands together and slowly bowed to the Buddha. It was an acknowledgement that a valuable lesson had been learned. And so the Buddha concluded for all to hear, “As a mirror reflects an object, as a still lake reflects the sky: take care that what you speak or a

others in anger. By deflecting anger, you insulate yourself from the anger’s final resting place. You have a choice. To be angry or  to remain yourself through and through!

You can gain a lot more from our anger management training programs that we hold from time to time. Why not check our next date and be part of those who want to learn the art of changing themselves.

ANGER MANAGEMENT TRAINING: Learning how to manage your emotions is the most crucial life skill a human  ought to get.

Click on the link to book the next program: ANGER MANAGEMENT TRAINING