When Unprofessional Installations, meet the Road

The Terminator was finally out!! This was the moniker given to the newly refurbished mini-bus that plyed the Super Highway. For the past few weeks, its crew had been prepping the public for its’ unveiling by releasing sneak peek pictures of the bus on the social media sites. It had been adequately hyped and from the look of things it was surely a bus to write home about. Its bright metallic red color with black graffiti drawings made it stand out from the rest of the buses. Its Chrome plated steel rims made a bold fashion statement while the interior was well furnished with comfortable leather seats that made one want to reside in the bus. On all four corners of the bus were some CCTV cameras that were relaying their footage to the central 42-inch screen perched behind the drivers’ seat. After making its grand entry on that lovely Friday, the next day which was its debut day at work was highly anticipated. 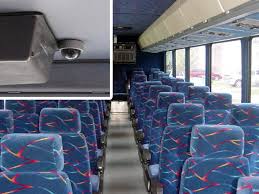 One week later and a different story it was. The Terminator was carjacked by some rowdy young men who were out to get all the money that this new souped up vehicle had to offer. The passengers were also not spared as their phones, cash and other valuables were also included in the loot that the thieves got away with. After they alighted the driver helped calm down the passengers while assuring them that after reporting to the police station, the thieves would be easily identified through the CCTV camera footage from the bus. This was not to be because upon further probing of the DVR, they realized that it had no footage to offer. 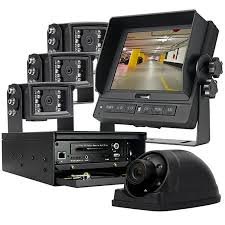 This is just an example of many such cases that have happened in the same way. One gets a CCTV security system installed in their vehicle; they are elated to be able to see what is happening to their car but after a couple of days the system shuts down. What is the problem? Do the installers put fake cameras that are non-functional? Do they connect them inaccurately? What causes the DVR not to offer any footage that can be useful for further investigations? These are some of the questions that fully qualified installers have to deal with every day as they try and clean up the messes of the unqualified installers out there. 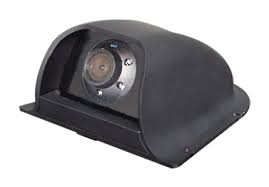 When Public Service Vehicle owners are looking for CCTV security systems for their vehicles, they do it for some specific reasons.

When it comes to vehicle security then Mobile security systems are the way to go. The Regular CCTV is what most people know about and thus install for all purposes including in their vehicles. The Mobile CCTV system is what is supposed to be used in the transport industry since that is its main purpose. The system usually comes with DVRs that are designed to withstand the rigors of continuous use in a range of vehicles, on the road and off it. They come with advanced features like built-in GPS and anti-shock housings that cushion the DVR from external shock. Some even have features that allow for H.264 compression which helps save on storage space. Good quality mobile DVRs can also be used to provide evidence of traffic accidents & terrorist attacks while uploading alarm 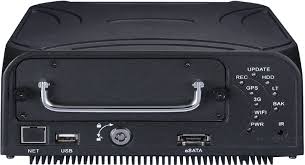 information in emergency situations. They also tend to have a long life span and give stable performance thus reducing maintenance costs. They also use aluminum for enclosures as it allows heat to dissipate even when it is completely sealed in. Lastly, they have a solid aviation specification interface that sustains vibration and ensures transmission of data & power without fail. The cameras are also specifically designed to be hardy enough to withstand anything.

This therefore calls for the need to have a qualified installer to advice vehicle owners accordingly. To the untrained eye there is no difference in the 2 security systems because to them the purpose is the same. To a trained professional, the difference will be glaring and they will help you select appropriate solutions for all your different applications. For all your security needs remember Kenvision Techniks Institute is not only here to offer you accurate insights into the security world but we will also offer you trained professionals to perform up to standard installations that will stand the test of time.